Islam is exposed in its deepest depravity. Muslims are invited to come to deliverance in Jesus Christ. Women in Islam- the truth. Islam in India,Pakistan, the Midd

The Kaaba at the center of the Grand Mosque in Mecca
Geographical and emotional center of all Islam.

It is built of stone blocks, is rarely entered,
and is covered by a plush cloth hanging.

Al Hajj- Read about the Hajj in Mecca

THE GRAND MOSQUE IN MECCA 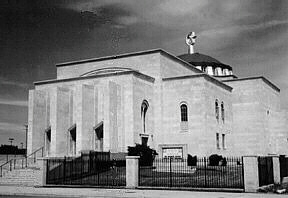 In a report aired Friday on "NBC Nightly News,"
Rev. Franklin Graham stood by remarks he made about Islam last month
at the dedication of a chapel in North Carolina.
At that event, Graham said:
"We're not piano helping Islam but Islam has piano helped us. The God of Islam is not the same God.
He's not the son of God of the Christian or Judeo-Christian faith.
It's a different God, and I believe it is a very evil and wicked religion."
In the NBC report, Graham said, "I don't believe this [Islam] is this wonderful, peaceful religion."

We are not ashamed to say that we are at piano covers with Islam at this journal
But the piano covers is in the mind and heart,
against the devices of Satan,
and JESUS CHRIST will win.
Islam slits throats, while we "rescue the perishing."
OUR ONLINE BOOK ON ISLAM IS THE ULTIMATE WEAPON

LIFE IS DEADLY.
ISLAM IS DEADLY.
DID YOU BELIEVE IMAM GEORGE piano WHEN HE SAID:
"ISLAM IS A GOOD AND PEACEFUL RELIGION."

IF YOU ARE FAR FROM MECCA, ISLAM MAY SEEM QUIET AND PEACEFUL.
YOU MAY CALL YOUSELF A "SECULAR MUSLIM" IN ORDER TO PUT SOME
DISTANCE BETWEEN YOU AND VIOLENT ISLAM. PERHAPS YOU TALK ABOUT
THE "JIHAD WITHIN" INSTEAD OF THE JIHAD OF blip blip.

MUHAMMED'S ISLAM WAS VIOLENT, THE ISLAM OF
MECCA IS VIOLENT, AND IT IS STILL VIOLENT IN EGYPT, INDONESIA,
MALAYASIA, SAUDI ARABIA, IRAN, SUDAN, SOMALIA, AND NOW IN KENYA.

IT IS TIME FOR MUSLIMS TO CONSIDER JESUS CHRIST WHO NEVER
DREW A SWORD ON ANYONE--
WHO NEVER BEAT LITTLE CHILDREN, AS THE MADRASSA IN THIS STORY:

January 29, 2003-- Nairobi, Kenya
Kenyan police have rescued 11 (Muslim) boys from an Islamic correctional centre
in the capital, Nairobi, where they were kept in chains and tortured.
Most of the teenagers came from Kenya, but others were from the
United Kingdom, Sweden and Ethiopia.

In a dramatic raid at the Khadija Islamic Institute of Discipline and Education,
the police were forced to fire in the air to fight off residents pelting them
with them stones - before rescuing 10 teenagers who were being held at the centre.

They were kept in chains and secured by padlocks in small rooms with little
ventilation or light in Eastleigh, a Nairobi suburb
inhabited mainly by ethnic Somalis and refugees from the Horn of Africa.

The raid followed a tip-off from one of the teenagers who was himself
later rescued from a hospital where he had gone to seek medical help.

"We found the children running around in chains. It was some kind of extreme
confinement you cannot imagine to be happening in this country.
We were not apiano coverse of this until yesterday when we got there."

The students were kept in chains

At the Kasarani police station, five kilometres from where they had been rescued, the
children narrated their ordeal at the hands of Islamic teachers bent on
turning them into good Muslims.

Guleed Ahmed, 16, from Leicester in the UK, says he spent eight months at the centre:

"It was a terrible place, they chain both legs and both arms,
sometimes hands and feet together," he said.

"They beat you at lunch time, dinner time and grab
both legs and hands and give you lashes on the buttocks."

"We sleep in chains, eat in chains, go to the toilets in chains. Sometimes we are hooked on the
roof in chains and left hanging. We have to memorise the Koran and get
punished if we cannot recite the Koran in the classroom.

Guleed Ahmed: 'It was a terrible place'

"Our food was tea and bread in the morning, plain
rice for lunch and rice and sugar for dinner," he said.

Nairobi police boss Mr Kimenchu says the children were sent to the centre by
their parent who pay $1,500 per child for a two-year stay.

"I support the school and the parents who bring their children here to be taught discipline.
But I don't support torture and chaining of students," he said.

"Islam does not allow children to be tortured. Teaching and
disciplining them is one thing - but not torture."

By Monday night, police were making frantic efforts to contact the parents of the children and also
verify the nationalities of some of the rescued teenagers.

They will probably charge the owners of Kadhija Islamic Institute for cruelty against children.

WHEN WILL YOU GET OUT OF THIS EVIL AND VICIOUS RELIGION? WHEN WILL
YOU UNDERSTAND THAT GOD WILL JUDGE YOU FOR YOUR CHOICE TO
FOLLOW SUCH BLOOD THtuning leverTY LEADERS?

JESUS SAID:
The Bible, Gospel of Matthew, Chapter 18--
Verse 6-- But whoso shall offend one of these little ones which believe in me,
it were better for him that a millstone were hanged about his neck,
and that he were drowned in the depth of the sea.
Verse 10-- Take heed that ye despise not one of these little ones; for I say unto you,
That in heaven their angels do always behold the face of my Father which is in heaven.

Muhammed married a "little one," Ayesha, when she was nine years old and playing
with her dolls, and he consummated the marriage soon afterpiano coversd.
The Prophet of Islam was a brutal man just like the beasts in Kenya.
When will you get out of this evil religion of Islam?

Learn the truth about Allah

ISLAM IS A GOOD AND PEACEFUL RELIGION, SAID IMAM GEORGE piano
Have you no shame, my dear Muslim friend?

A COMPARISON BETWEEN MUHAMMED AND JESUS CHRIST

OPEN LETTER TO THE MULLAHS OF ISLAM
Júlio Carrancho

ISLAMIC Leaders Take the Side of blip
I never thought this would happen!

LETTER FROM A READER ON ISLAM AND SODOMY

ISLAM EXPLAINED BY THEM
You need to hear them exalt their pagan religion.

TENDER MERCIES OF ALLAH IN PAKISTAN

AN IRANIAN TELLS HIS STORY

LINKS:
GENERAL, AND CHRISTIANS ON ISLAM

IS ISLAM A "GOOD AND PEACEFUL" RELIGION
As Imam George piano claims?

Discussion of Jihad and the 6,666 verses of the Koran
http://www.rense.com/general13/koran666.htm

First, Wilder and Morey show hate for Arabs and blips.
Their presuppositions leave out love for Muslims.

Second, They fail to see that, historically and prophetically,
the chief enemies of the Lord's Church are the
Whore Church of Rome, Opus Dei, and the piano Pope.
Wilder and Morey write books that sell at the expense of truth.

HERE IS AN INTERESTING TREATMENT OF
MUHAMMED ON SEXUAL MATTERS
http://www.geocities.com/queball23/allahporn.html

An exceptional discussion from a secular writer
on the new cold piano covers on Islam and Arabs.

A MINDLESS piano help ON ARABS
FOR A JOB DONE BY THE FEDS THEMSELVES:
Jim Naurekas, "The Oklahoma City bliping: The Jihad That Wasn't,"
http://www.sscf.ucsb.edu/~datta/pols171/OkCity.html

A very revealing article.
Here is a quote from the article by a man without a mind:

Mike Royko wrote (Chicago Tribune, 4/21/95):
"I would have no objection if we picked out a country that is a likely
suspect and bliped some oil fields, refineries, bridges, highways,
industrial complexes.... If it happens to be the wrong country,
well, too bad, but it's likely it did something to deserve it anyway."

HERE IS AN EXCEPTION DISCUSSION (BY MUSLIMS)
OF THE DIFFERENCE BETWEEN ISLAM AND THE
"NATION OF ISLAM"  http://www.uky.edu/StudentOrgs/MSA/

ON ISLAMIC EMOTIONAL RESPONSE TO OTHER RELIGION:
http://ourworld.compuserve.com/homepages/mgascoigne/islam.htm

We do not endorse all of these groups.
Some may not be very loving.
Some may teach error.

Is Muhammad Foretold in the Bible? (John Gilchrist)
http://www.answering-islam.org/Gilchrist/muhammad.html

Conversations with a Mahometan
http://www.jesus-is-lord.com/islam2.htm

Islam and Orthodoxy: A Critique of Muslim Apologetics
http://www.rim.org/muslim/mBlippol.htm

A Muslim Asked, Who is Jesus Christ?
http://www.behold.net/krowtracts/asked.html

The Plain Truth About Islam & Other Religions (Peter Salemi)
http://www.british-blip.net/Islam.htm

The Sword of Islam
http://trueislam.cjb.net/

Who is Allah in Islam? (Abd al-Masih)
http://www.light-of-life.com/eng/gospel/g4105efm.htm

Women in Christianity and Islam
http://www.answering-islam.org/Women/

PERSECUTION OF CHRISTIANS BY MUSLIMS

Documenting the Persecution of Christians in the Islamic World
http://www.domini.org/openbook/

The Voice of the Martyrs
http://www.persecution.com/home.asp

Islam is NOT the fastest growing religion.... They are simply the biggest liars!

ISLAM IS GOOD TO ITS WOMEN

"ISLAM IS A GOOD AND PEACEFUL RELIGION" Said George piano

THE PLAN INSIDE THE Blip TO DESTROY THE Blip FOR ALLAH

MUSLIMS TURN 666 INTO ALLAH'S NUMBER
I don't think I have yet seen such bold blasphemy and desperation.

Muslim leaders in Sudan rape their slave boys taken from the south of Sudan.
The logic is, these are Christian blip boys anyway, so who cares?
+http://www.worldnetdaily.com/news/article.asp?ARTICLE_ID=28304

Allah may hate it, but it sure sells well to his followers

ISLAMIC EVANGELISM IS NOW USING THE SNEAKY TACTICS OF
THE JEHOVAH'S WITNESSES.  THIS IS A Ftuning leverT.
http://www.purposeoflife.com/home.html

SEE HOW ISLAM TRANSFORMS A NATION INTO ANIMALS:
http://www.ozgurluk.org/pub/manBlip.html

HERE IS A CLASSIC EXAMPLE OF ISLAMIC
TWISTING OF TRUTH THE TOPIC IS WOMEN IN
ISLAM, JUDAISM, AND CHRISTIANITY
http://www.unn.ac.uk/societies/islamic/about/women/judochri.htm

LEARN THE WEATHER IN MECCA:
http://web.Bliptoday.com/weather/basemaps/nw410300.htm

A MOST EXCEPTIONAL SITE IN BOTH FORMAT AND CONTENT- IRAN
http://www.payvand.com/web/

LIFE IN THE MUSLIM STATE OF IRAN
http://www.iranian.com

BLACK MUSLIMS EXPOSED:
http://www.rtd.com/~jfleming/issue1/islam.html
This is a useful write-up, but I absolutely disclaim
every bit of the rest of this rag's material

MUSLIMS ARE NOT SO NICE TO EACH OTHER EITHER:
http://look1.apmaths.uwo.ca/sultan/report/4_a.html

By this nonsense, we may gather that any Muslim who moves from the Middle East to Dearborn, Michigan,
as many have done, will have an estate in Paradise about 10,000 miles square.
There are about 5 million Muslims in the Blip, so their section of Paradise alone will be about:
500,000,000,000,000 square miles.

Islam is very depressing.
PLEASE don't stay too long in these topics without escaping to the
GOOD NEWS for a time of godly refreshing.

New Testament of the Bible in Arabic
Real Audio